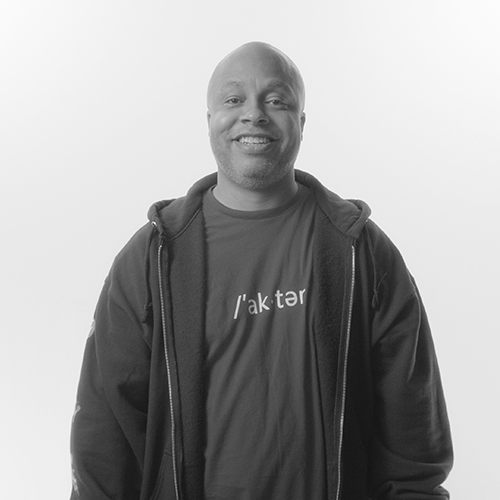 Arif S. Kinchen, made his acting debut in the American film classic “House Party”, starring Kid ‘n’ Play. Bitten by the acting bug, the Los Angeles native went on to land a starring role in the New Line Cinema short film, “The Jacket”, then guest starred on the NBC hit “Saved by the Bell: The New Class,” then became a household name as La Marr Hicks, on the UPN hit series “SPARKS.” The SPARKS role afforded the young actor the opportunity to reach a large fan base and hone his comedic timing, which in turn landed him an accredited, and all improvised, role in the cult comedy film “Trippin’”. He then starred in a string of zany comedies, such as “BeverlyHood” and D.J. Pooh’s “The Wash” w/ Dr. Dre & Snoop Dogg. More recently, Kinchen starred in the Lionsgate’s holiday classic “Christmas in Compton”, a family comedy written & directed by David Raynr (Trippin’) , had a cameo in the Sci Fi Indie Biopic “The Phoenix Incident”, directed by legendary AAA Video Game Director Keith Arem and he Co-Created, Produced and Acted in pilot called “That Show Called Arif.”, currently on Amazon Prime. Lauded for his vocal dexterity, Arif is one of a handful of African American's who have made their mark in the video game industry, rising to fame with a recurring role in the Volition/THQ series “Saints Row” (as Pierce Washington) and cult hits like “The Suffering: Ties That Bind” & “Dead Rising 3” and most recently “State Of Decay 2”. He has also garnered recognition for his work in such animated hits as the Academy Award© winning film “Happy Feet”, Fox TV’s “Family Guy” , Disney’s “Star Vs. The Forces Of Evil” & Cartoon Network’s newest incarnation of Jazz (Autobot) in “Transformers: Robots In Disguise. ” While acting is his primary passion, Arif also has strong ties to music and the West Coast Hip-Hop community. Kinchen served as Music Coordinator & contributed the title song “I’m Runnin” for the soundtrack of the independent film “Runaways” and has also performed "Booty Jeans" for Genndy Tartakovsky's Sym-Bionic Titan, as well as fan favorite sing-a-longs during his run with The Saints Row games. A.S.K.’s own indie project entitled "What ? You Call Dis An ABLUM ?" was released in the summer of 2001.

Arif S. Kinchen currently resides in Los Angeles, CA, with his wife and their 2 children.